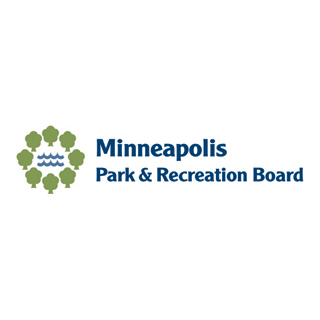 Here is what the Park Board Commissioners had to say about the project:

Commissioner Londel French said that he first heard about this project in February after MCCC supporters sat down with him and explained why clay court tennis is so special.  He has been a big supporter ever since.

Commissioner Meg Fourney thanked the MCCC supporters for bringing this issue to her over two years ago at the same time that other low impact sports like Bocce Ball and Croquet were also bringing intiatives forward.

Commissioner LaTrisha Vetaw thanked MCCC supporters for meeting with her and explaining how much easier clay court tennis is on players' joints.  She was so inspired that she took a trip to The Minikahda Club to research the clay court surface.

Commissioner Kale Severson said that he was happy to see new courts being built and expressed a desire to see the next clay court installment built in North Minneapolis.

And finally Superintendent Al Bangoura met with us in the lobby to personally express his excitement about this project.  He said that as a younger man, he remembers playing at the last public clay court installment at Parade before it was demolished.

Overall, the enthusiastic response of the park board commissioners and staff was very gratifying